For thousands of years,  damaged or missing teeth have been replaced for aesthetic and practical purposes. In ancient China,  human remains have been found dating back 4000 years with carved bamboo pegs tapped into the jawbone to replace missing teeth. Additionally, ancient Egyptian remains have been found dating back approximately 2000 years, with various forms of implanted teeth made out of precious metals, ivory or even other humans’ teeth.

Although the concept of dental implants has been around for thousands of years, the bone fusing properties that we see in today’s implants didn’t exist. This is an extremely important feature of dental implants. It is known as osseointegration, because it allows for bone growth to fill the gaps in the jawbone left by missing or deteriorated teeth, strengthening the structure of the jawbone itself. 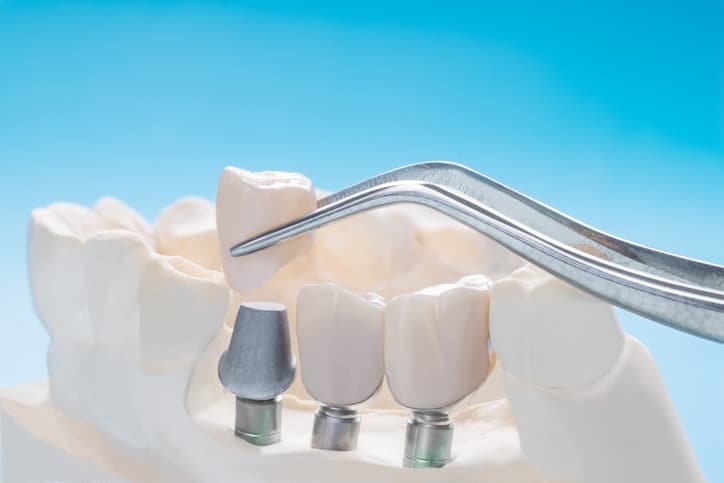 The Discovery of Osseointegration

Osseointegration occurs when the implant and the bone it is being implanted into fully fuse together. No room is left for relative movement between the bone and the implant. This phenomenon was first observed by researchers Bothe, Beaton and Davenport in 1940. They noticed that over time, a titanium screw placed into rat femurs would become increasingly more difficult to remove until it was actually impossible without damaging the surrounding bone.

These findings were further observed in 1952 by Per-Ingvar Branemark, a Swedish physician and researcher, who was using a titanium implant chamber to study blood flow in rabbit bone. When it was time to remove the chambers from the rabbit’s bone, Branemark noticed that the titanium chamber had completely integrated with the surrounding bone making it impossible to remove. He quickly named this phenomenon “osseointegration” and began studying its use in human applications. 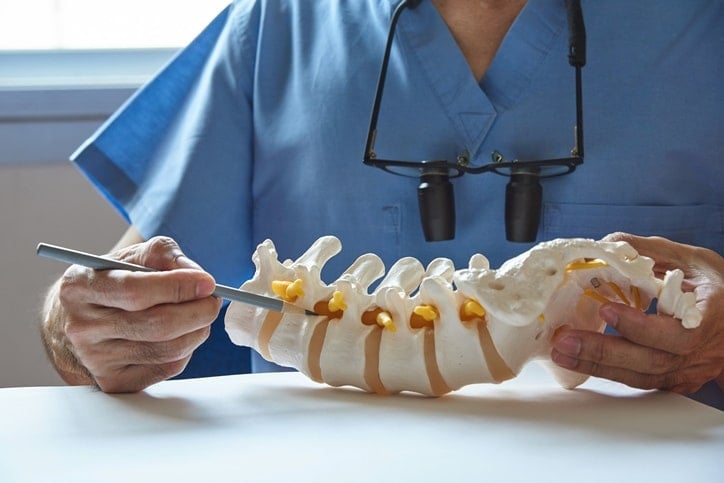 After accidentally discovering osseointegration between titanium and animal bones, Branemark continued conducting studies on both animals and humans, concluding that this bone fusing consistently occurs when using titanium. Branemark eventually began conducting these types of studies in the human mouth because it allowed for continued observations. Also, due to a large number of people with missing teeth, he had more volunteers for his studies.

In 1965, Branemark had his first human volunteer for dental implants, Gosta Larsson. Larsson was born with severe deformities in his chin and jaw which caused him to have missing and misaligned teeth. Branemark inserted four implants into Larsson’s mandible. The implants took 6 months to become osseointegrated with the jawbone. Once osseointegration was complete, Branemark attached crowns to the implants giving Larsson the teeth he had always wanted. These implants remained intact for 40 years until Larsson passed away in 2005.

Although it seems that osseointegration should have been accepted as the obvious answer to dental implants after Branemark’s studies, it took a few decades for the scientific community to acknowledge it as a viable option. Branemark was ridiculed for nearly 30 years by other dentists and scientists until the year 1982 at a conference held in Toronto where the global scientific community finally accepted his research. Using titanium implants that osseointegrate with human bone has since become the most accepted form of dental implant available. 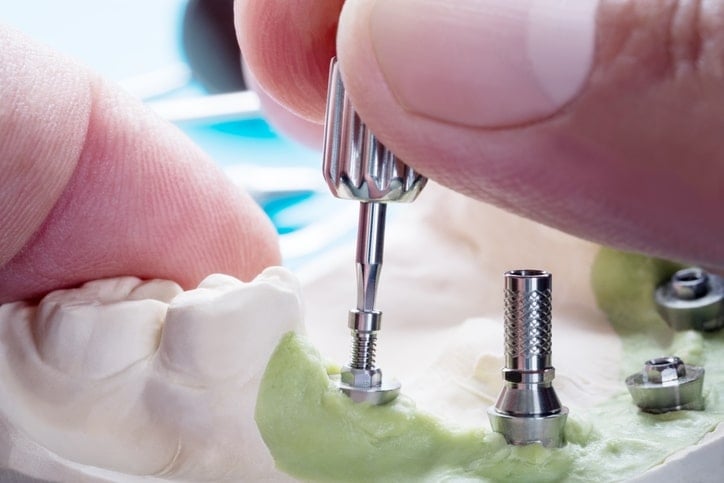 Dental Implants Clinic is thrilled to offer dental implants in Toronto. We’re so thankful for the work of the ancient Chinese, ancient Egpytians and the scientists, Bothe, Beaton, Davenport, and Pre-Ingvar Branemark. Without their hard work, we wouldn’t have the bone fusing/osseointegration technology that we are able to offer at our state-of-the-art facilities today! If you’re looking to replace missing or damaged teeth for practical or aesthetic purposes, book a free dental consultation with Dental Implants Clinic. Contact us today if you have any questions or questions about the dental implants process.